StaticDeploy is an open-source platform for deploying static web applications and websites. You can think of it as a Kubernetes for static content.

StaticDeploy was created with two objectives in mind:

Before finding out how StaticDeploy reaches these goals, let's get an idea of the entities StaticDeploy deals with.

Bundles are archives of static content (assets), plus associated metadata describing the archives (a name, a tag, a description, etc.). Conceptually bundles are equivalent to docker images.

Bundles must specify a fallback asset, an asset that will be served to requests that don't match any other asset. 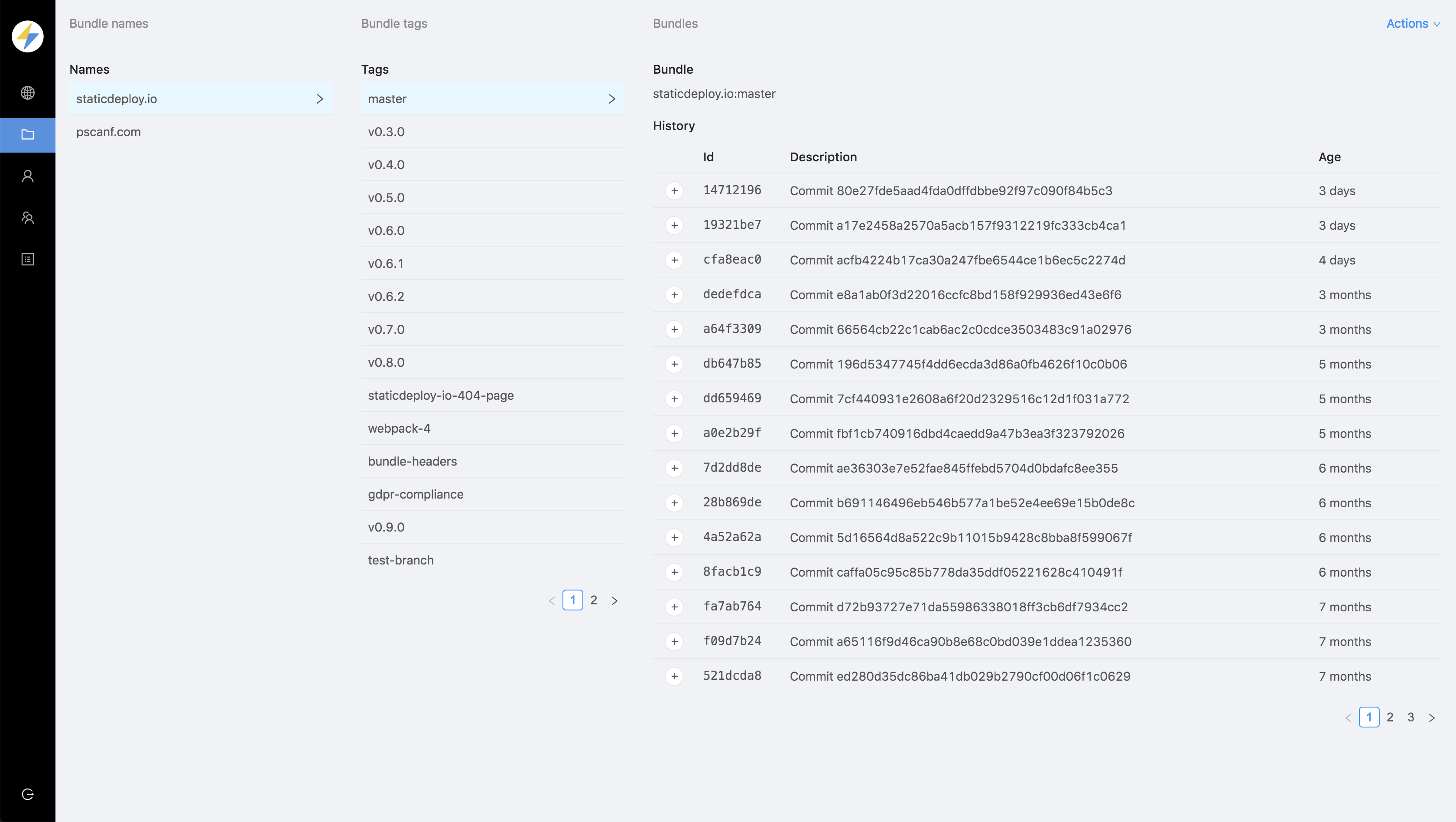 Entrypoints are the urls at which the StaticDeploy backend serves the static content of bundles. Each entrypoint is characterized by two properties:

Entrypoints may specify a configuration, a (string, string) dictionary that is injected at serve-time into the html files of the bundle.

Entrypoints can be created manually from StaticDeploy's Management Console, or automatically when deploying a bundle with the deploy command of the StaticDeploy CLI. 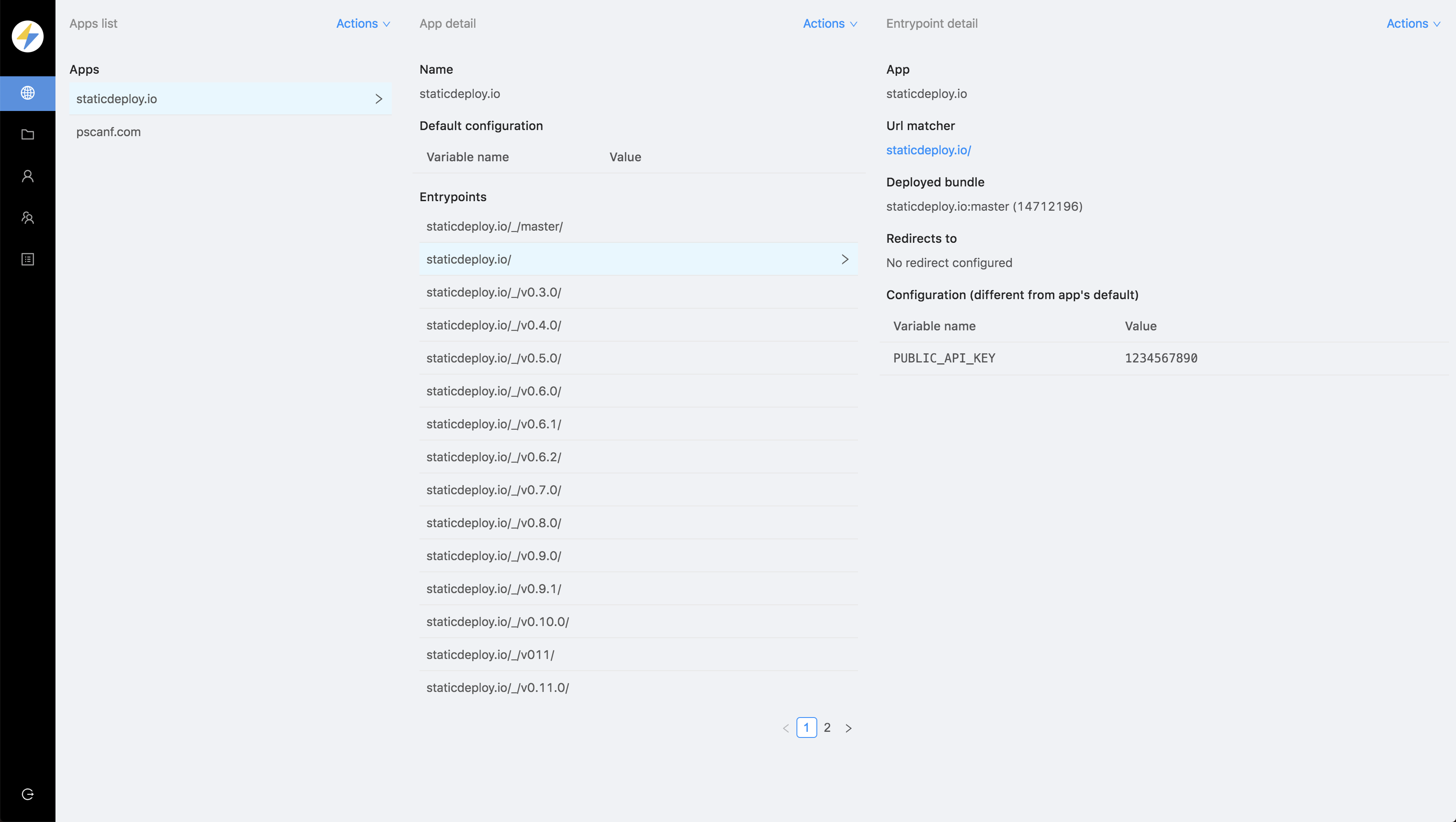 Apps are groups of entrypoints. Apps define a default configuration to be used for entrypoints which don't define one.

Apps can be created manually from StaticDeploy's Management Console, or automatically when deploying a bundle with the deploy command of the StaticDeploy CLI.

As written above, each entrypoint has a configuration object that gets injected into the html files of the entrypoint's bundle when they're being served. To allow StaticDeploy to do so, you simply have to define - in the html files which you want to be "configured" - a <script> element with id app-config. StaticDeploy will inject into the element a javascript snippet defining the global variable window.APP_CONFIG and assigning it the value of the configuration object.

Bundles and entrypoints are very "cheap" objects in StaticDeploy: you can have thousands of them without incurring into significant performance degradation.

This means you can create bundles for every commit of every app you deploy on StaticDeploy. And you could deploy each bundle to a unique entrypoint, though you might prefer to take different approaches, like having one entrypoint for each branch of each app.

Creating a bundle is quite simple, and you would typically do it on your CI server after building your app. For instance, for a react app you would do something like:

Deploying bundles is equally easy, and StaticDeploy allows you to choose whichever url scheme you want for deploying your apps' versions. For instance, for deploying each branch of the example react app above, in your CI server you'd run:

The workflow page of the documentation explores different workflows for deploying static apps.